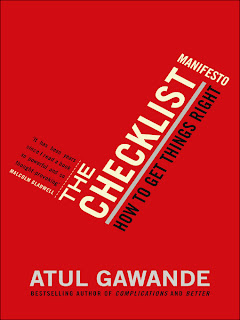 Atul Gawande is one of my favorite non-fiction writers. A surgeon, he writes with unsparing honesty and insight about the realities of modern day medical treatment - with particular emphasis on the things we get wrong, and the things that, with little effort, we could easily improve. I picked up his first book, Complications (2002), in a Boston airport bookstore and found it compulsive and fascinating. I'm a sucker for medical case histories, especially when they're recounted in such lucid, humane terms. What I found instantly refreshing about Gawande's work was his willingness to document his own errors and fallibilities, even when they had had potentially fatal or debilitating consequences for those under his care. He's the opposite of the Surgeon-as-God: Gawande is simply a normal human being trying to do his best in a staggeringly complex and ever-evolving field. His second book, Better: A Surgeon's Notes on Performance (2007) was just as interesting, although it broadened the scope of discussion far beyond Gawande's own case histories. If you're a reader of the New Yorker, you'll likely already have encountered some of Gawande's lengthy and engrossing essays on modern medicare. 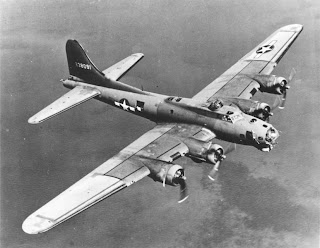 If you have been keeping up with Gawande's writings, his third book, The Checklist Manifesto: How to Get Things Right (2009) can't help but feel over-familiar in places. But it's worthwhile all the same: it;s a book about an amazingly simple and yet potentially world-changing idea: the notion that the checklist is one of the most powerful tools we've yet designed to enable us to cope with complex tasks. Gawande talks about the introduction of the checklist in aviation circles as a consequence of the sheer difficulty involved in flying the B-17, which at the time of its development was by far the most complicated aircraft ever developed. When the best pilots in the military couldn't cope with the number of tasks needed to get the thing in the air without crashing, there was no option but to define the necessary actions in a written-down sequence. After the introduction of the checklist, Gawande notes, B-17s proved extraordinarily reliable and airworthy. But they were almost unflyable without it. The checklist culture - involving not only physical lists, but also the devolution of responsibility to many individuals, not just one big, all-powerful boss - has infiltrated many walks of life, from building construction (modern buildings are amazingly safe, but only because of the culture involved in their construction and assembly) to high-end restaurants. Strangely, though, it had not been widely implemented in the medical world - at least not at the level of surgeons and anaesthetists (Nurses, apparently, were much better at realising the value of this tool). Gawande's book is essentially a document of the slow process of persuading medical professionals that checklists not only have value, but can lead to astonishing improvements in basic care. It can be as simple as making sure everyone really has washed their hands, or that the lines fed into patients really have been changed when they're meant to be.

It's fascinating, thought-provoking stuff, and as always it's a model of clarity, elegance and the basic understanding that patients are people, not black boxes.
Posted by Al R at 05:20