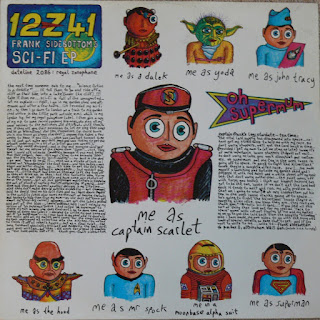 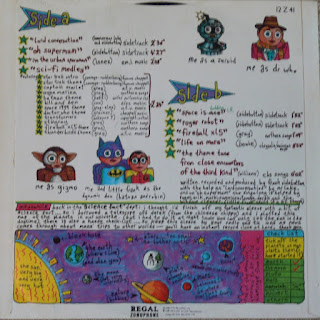 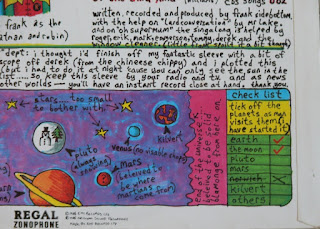 Not a great deal to report here, hence the silence. But that doesn't mean it hasn't been a busy month or so since the last update.

Steve Baxter and I delivered our collaborative novel - the sequel to Arthur C Clarke's "A Meeting with Medusa" - at the start of June. At the moment we're to-ing and fro-ing between "The Medusa Chronicles" and "The Medusa Centuries" for the title, but that should be settled before too long. At various points Steve and I have used both titles, but we were always aware that we'd have to commit to one over the other at some point. We'll be working on the editorial revisions to the book over the coming month or so. At 130,000 words it's a decent sized novel, although not in the doorstopper class, and I wouldn't be surprised if the wordage drops a little as we go through the revisions. Since the Clarke story that provided  the inspiration for our novel is itself not terribly long (I'm guessing it's a long novelette or a short novella, although I haven't done an exact word count) we both felt that we wanted to retain that spirit of concision and not end up writing an unwieldy blockbuster. That said, Clarke's story gave us so many avenues to explore that at times it was hard to rein ourselves in. And it's very much a sequel to the story, not - as I've seen mentioned here and there - an expansion. No; Clarke did it first and best, and Steve and I were agreed that we didn't want to touch a word of the original. What we've done, instead, is spin off from the last line of that story, imagining what happened to Howard Falcon after he came back from Jupiter.

In the meantime, I'm working on my next novel, which will also appear in 2016. The collaboration is very much a bonus, which Steve and I both knew would have to be worked in around our existing contractual obligations, and it's had no bearing on the other books we're both working on. From my point of view, it's probably meant a little less short fiction being written in 2015, as well as a lot less travel, but since I had a good run last year, I don't think that's too bad a trade-off. As for the as-yet-unfinished book, I don't want to say too much about it at the moment, because there's still - as they say - a mountain to climb - and a lot could change between now and delivery. It's a standalone, though, and not related to anything else I've written, and will (I hope) turn out to be something fast-paced, colourful and not least of all fun.

If that wasn't enough, I'm also turning my thoughts - very gently - to the book after this one, and that one will be a return to one of my prior universes. Which one, it's too soon to say.  I'll probably have a better idea nearer the end of the year. Of course, these decisions don't take place in a vacuum.  Editors, agents, marketing departments, etc, also have to think that it's a commercially sound idea, and although we've begun negotiations, so to speak, there's still a way to go before I have a definite book and title in mind.