Friday saw Peter Hamilton and I driving to the fine city of Swansea, where in the equally fine surroundings of Brangwyn Hall we attended a concert by the French-Canadian band The Musical Box . 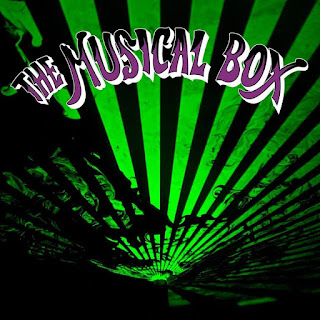 The Musical Box are a Genesis tribute band, or more accurately THE Genesis tribute band, in that they are the only one endorsed by the band members themselves. Their show isn't just about meticulous, note-for-note reproductions of Genesis songs, but also incorporates equipment and stage effects from the original band, and the members of The Musical Box also go some way to looking like their counterparts, with costumes, hairstyles, even hairpieces.

I'd tended to be sniffy about this sort of thing, but having seen The Musical Box twice, as well as The Australian Pink Floyd (and, last year, a very fine Tom Petty covers group), I'm now entirely converted to the merits of the tribute act. What harm is there, in seeing music being played live, by people who are deeply enthusiastic about that music, when there is little or no chance of the original artists performing it? I doubt that anyone forms a tribute act out of anything but affection for the source material, and now that many of the original performers are either dead or retired, what other option is there for hearing such material in a live context? Orchestras didn't stop playing Beethoven in 1827, so why shouldn't the avid Genesis fan get a chance to hear their favorites performed on stage, with authentic instrumentation?

And I'll bow to no man in my liking of Genesis. Sod the well-trodden narrative of rock dinosaurs being swept aside by punk. Genesis were never as overblown as some of their contemporaries, and none of them were older than about 26 when punk happened. The Damned are fantastic - but it's possible to see the merits of both The Damned and Genesis without the time-streams collapsing.  How can I say that, though, when The Damned wrote short, spiky songs and Genesis waffled on for whole sides of albums with just one song? They didn't, for a start. Genesis's long songs, like Supper's Ready (which still didn't fill a whole side), are really six or seven concise little hook-laden pop songs stitched together. It was The Damned who filled a whole side with Curtain Call, not Genesis!

Anyway, enough - the point is that nobody would be paying to see a bunch of guys from Quebec do covers of fifty year old rock songs if there wasn't some merit in those songs to be begin with. And there is - wonderfully so. For this concert, The Musical Box dug deep into the Genesis songbook, playing two songs (Visions of Angels and Stagnation) from their first "proper" album, 1970's Trespass, which was recorded and released before Phil Collins joined. The second half of the concert was a thorough trawl through this Peter Gabriel era, with the added bonus of an entire rendition of Supper's Ready by way of encore. The singer in the band, Denis Gagné, sounds very, very like Peter Gabriel, looks a bit like him if you squint, and moves like him as well. He also plays flute!

For the first half, it was a trip through the first three albums of the post-Gabriel period, when Phil Collins took over as singer. As Genesis fans know, though, Gabriel and Collins had not dissimilar singing styles (and Collins' voice had always been in the mix anyway). Gagne easily adapts to Collins' approach, although perhaps not so entirely convincingly as with the Gabriel material. It's fantastic, nonetheless, to hear live renditions of fan favorites such as Eleventh Earl of Mar, Dance on a Volcano and so on - as well as my personal Genesis "deep cut", Entangled, which in forty years I have never heard on the radio, but is as wonderfully atmospheric a piece of music as any I know.

The Musical Box will be back in the UK next year to perform all of Genesis's 1974 album The Lamb Lies Down on Broadway. Peter and I hope to catch them again. 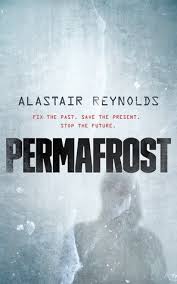