Revelation Space read-along, and the greatness of Ed Kuepper

I should have mentioned this sooner, since we're already into the dregs of May, but some of you might be interested in joining Media Death Cult's summer-long reading program of my RS novels and stories.

The idea is that, at some point in the next few months, Moid will record an in-person Q&A session with me relating to the read-through. The whole thing looks like great fun and I'm grateful for the enthusiasm and interest, especially in the run-up to Inhibitor Phase coming out.

In completely unrelated fashion, I've been on a bit of an Ed Kuepper binge these last few days. Now for a minor digression: in 1989 I went to Australia for the first time, as part of a telescope campaign. It was an enormously exciting trip, and a long one too, since I remained on in Sydney for a week or so after the observations. A friend from Newcastle University who'd been on the same astronomy course as me was spending his post-graduation year seeing the world, and he happened to be sharing a house in Lane Cove, in the suburbs of North Sydney. I had the use of a spare room and sleeping bag and little to do but explore Sydney, go out drinking in the evenings, and lounge around listening to records during the day. One of my pal's housemates had a great collection of Aussie and NZ vinyl, and I ended up coming home with some tapes and recommendations that served me very well over the coming years. One day I took the ferry to Manley and ended up haunting a record shop, leafing through racks of unfamiliar acts and artists, until I came across an album that intrigued me enough to pull it out and examine the sleeve. The album was "Rooms of the Magnificent" by Ed Kuepper, about whom I knew nothing. 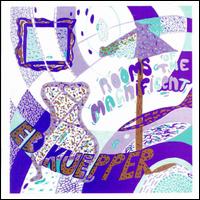 But I really liked the cover. Here's a personal theory: there are great records with bad covers, but no bad covers with good (or great) covers. Some great records get mismarketed because no one understands them or knows what to do with them, but everyone knows a turkey when they've got it, and no one spends money or creative energy on a record that will tank. With some reliability, then, you can generally assume that any record with a decent cover will be worth the risk of purchase, even if you've heard nothing on it and know nothing of the artist. This maxim has never let me down - more than that, it's also led to some extraordinary fortuitous discoveries.

That said, I didn't buy the Ed  Kuepper record. Spending money was tight - I only had what I'd carried with me on the trip - but more importantly, I don't think I was all that keen on trying to get a piece of vinyl back home unscathed, especially as my return trip involved a stopover in Hong Kong.

Ed Kuepper didn't come back into my life for many years, by which time I'd lost any recollection of the artist associated with that record. I picked up on a song of his on a nineties compilation, and on the strength of that I bought his album Serene Machine. I suppose it was only then that I started digging into his back catalogue (hard to find in Europe) and recognised that I'd nearly got into him all that while ago. Such are missed opportunities. However, better late than never, and eventually I managed to pick up a CD of "Rooms of the Magnificent", his second solo-album. By then I knew that Kuepper had been in Aussie punk outfit The Saints, who appeared on Top of the Pops in 1977, and were an influence on Mark E Smith:

That's Kuepper on guitar. Nearly a decade later, he was on his own and putting our barnstorming, propulsive post-punk rockers like the phenomenal second track from "Rooms of the Magnificent", complete with enjoyably low-fi video.

Check the effortless, tossed-off magnificence of the solo just after 1.40 - honestly one of my favorite moments in music. This is my personal fave but there isn't a bad track on "Rooms..." or indeed on any of the albums I own, which admittedly only scrape the surface of his output. They're all different, mind - about the only thing they have in common is his voice and a commitment to music.

Kuepper's still going strong, albeit not with any plans for more recording - see this recent interview in the Australian edition of The Guardian.

Keupper's remarks about having lots of material that hasn't been recorded (the album being a "dead format") reminded me of a comment made by Al Stewart at a (just) pre-Covid concert in Cardiff, that he was still writing prolifically, but couldn't see himself putting out any more albums. Not necessarily sad times for the artist, if they can still get out there and perform, but definitely sad for the listener.

Here's another shot of the frog, caught today in an uncharacteristic burst of sunshine: 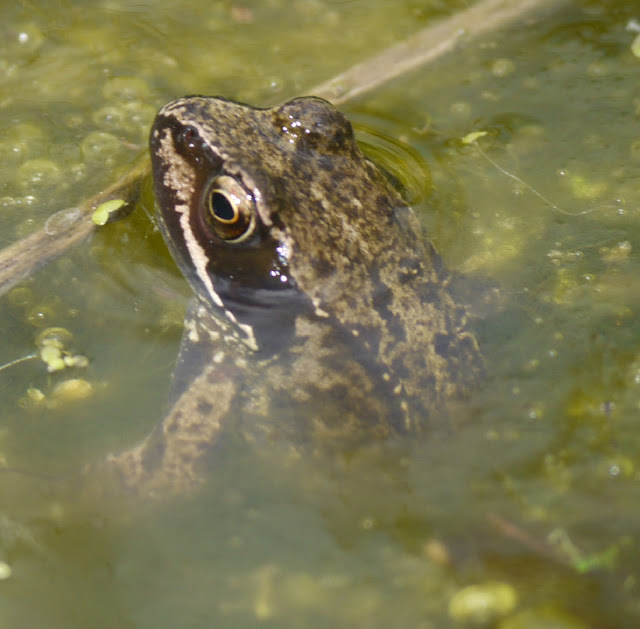 I was pleased to compare it with this picture taken in July 2020: 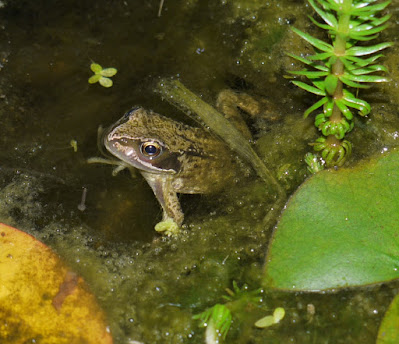 Undoubtedly the same frog. Well done, old chap, on seeing out the winter.

This isn't the first one I've seen in the pond this year, but it's the first one that's let me get close enough to take a picture. In any case, a real treat for the day. 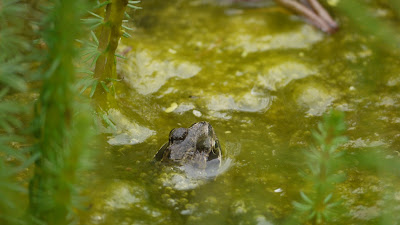 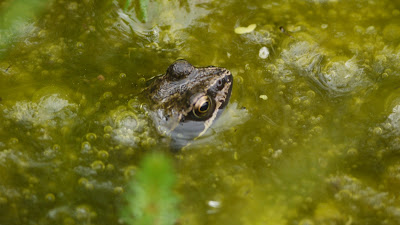 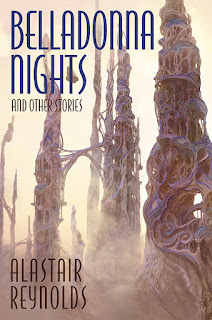