As a piece of cinematic spectacle, I found Ad Astra to be very impressive, with convincing effects and some gorgeously rendered space vistas, underpinned by a powerful Max Richter score. The acting is good, even if some of the cast are under-used, and the film has to be admired for its relative sense of restraint.

From a scientific point of view, though, it was incredibly frustrating. I wouldn't quibble if this was a Star Wars or Guardians of the Galaxy film, but at every step Ad Astra seemed to want to us to believe that it was a thoroughly authentic portrayal of near-future space travel, with all the attendant hazards. The director, James Gray, even stated that he wanted the film to be the most realistic such depiction ever made.

Unfortunately, very little about the film makes any sort of scientific or astronautical sense, from the very first scene on.

We meet Brad Pitt's character aboard a vast structure rising high in the Earth's atmosphere - a huge communications antenna focused on the search for extraterrestrial life. Nothing about this structure has any logic to it, though. It doesn't seem to be an optical array, so what is it? If it's based around radio reception, there's no advantage in height: it's the reason that radio astronomy facilities are sprawling complexes built at ground-level, often in deserts. There is an advantage in height for optical astronomy, but if you're going half-way out of the atmosphere, you might as well go all the way into orbit or indeed beyond. If the detector is designed to pick up high-energy radiation, such as X-rays, it needs to be entirely located in space or it won't work at all.

Secondly, how is it standing up? Tall structures are under an immense compressive load. Yet what we see of the antenna suggests that it's bolted together from numerous airy modular cylindrical components, exactly like the International Space Station. That's a valid engineering approach for a free-flying weightless structure, but not a vertical object still feeling Earth's gravity. If anything, this antenna - even of there was a sensible reason to build it - ought to look like the Burj Khalifa on steroids.

So why does it look like it's made from bits of the ISS? I think that's because, in those early scenes, all the film makers are really interested in is a bit of bait and switch - let's set up the scene as if it's happening in space (astronaut proceeding through airlock, onto outside of structure) and then flip our perspectives so that we suddenly realise we''re on a building, not an orbital station, and then Brad Pitt can get to do a parachute jump off it.

Things settle down for a bit as the film gets into its stride and we learn a bit of backstory about Brad and his father. Soon, though, the duff science rears its head again. It turns out that the father was on an expedition to Neptune to do more alien-intelligence studies, because - hey - Neptune is a great place to do SETI studies. Except it isn't, because Neptune, contrary to what the film tells us, is not on or near the edge of the Heliosphere, which lies at least 100 AU from the Sun, more than three times further out than Neptune. Neptune is also a planet, and planets have moons and storms and magnetospheres and so on. If you're capable of going all that distance about from the Sun, and your main objective is ending up in a low-electromagnetic noise observational environment, why would you head to a planet in the first place? I'll give this latter point a nod as maybe there were some other mission objectives that we don't hear about, but all the same - Neptune is not, a priori, a particularly great place to go looking for alien intelligence, other than providing something to orbit around.

It's when we learn that the vanished ship around Neptune has been causing electromagnetic storms on Earth that the film really lost me. Clearly, the writers had no clue how to science-up this lunacy in a way that made it even vaguely plausible. There's some mumbo-jumbo about matter-antimatter reactions on the ship going out of control, which are in turn exerting some influence on Neptune, causing it to spit out these storms ... which then intensify on their way to Earth. This is crackers, though, because even if there was some means by which a malfunctioning ship could somehow "excite" Neptune in this way - and keep in mind this is the "near future"! - and secondly because, as a rule of thumb, nothing in space ever intensifies once it's left its point of origin. Instead, things weaken and disperse with distance. It's why our eyeballs don't melt when we look at stars.

But you can see why the writers had to throw that bit of crackpot physics into the mix, as it's the only get-out clause for the later problem of explaining how Brad Pitt is able to get anywhere near this malfunctioning matter-antimatter energy source. In a logical universe, the energies would get stronger nearer the source, rather than further away from it, so Brad would be crisped long before he ever gets aboard the vanished ship.

That's probably the most egregious example of bad - or non-existent - science in the film, but hardly any scene went by without at least one questionable statement or effects point. Let's consider the initial plot driver, for instance. After being debriefed by Space Command, Brad is required to send a signal out to Neptune to persuade his father to stop with the storms, or something. The military don't know where the ship is, or even if his father is still alive, but once this message is sent they'll be able to "track it" to its point of origin. So how does that work, exactly? Once a message is transmitted, it's just a string of electromagnetic waves sailing off into deep space. It's not "trackable", as if it's got an RFID tag on it. Perhaps they're hoping to pick up an electronic signature indicating receipt of the message, sort of like how a base station can pick up a cellphone's location? Perhaps ... just possibly. But what would motivate Brad Pitt's father to allow such a detection, given that he's been hiding out in deep space for decades? If he has the means or desire to contact Earth, wouldn't he have done so already? If he doesn't want contact, all he has to do is turn off all the signalling systems on his ship.

For hand-wavey reasons, Brad can't just transmit the signal from Earth - he's got to all the way out to Mars to do it. This involves, initially, a trip to the Moon, which is actually very well staged and (for my money) easily the most impressive part of the film, with the main Lunar complex being a convincingly over-commercialised hell-hole, like an airport terminal gone mad. Quickly, though, we're back into questionable science territory. The launch pad for the Mars crossing is described as being on the "far side" of the Moon, which is fine - at least they didn't say "dark side" - but the means of getting there is absolutely nuts. They get into little lunar buggies and set off! This is as if Brad Pitt landed at the Kennedy Space Centre, and was told that he needed to get to Houston for the next rocket, and they all get into jeeps. This only makes any sort of sense if "the far side" is only, at best, a few tens of kilometres away from the main base.

Kurbrick got this right 50 years ago. The Moon is indeed smaller than Earth, but it's still bigger than the surface area of Africa. For any sort of long-range journey, it would only make sense to use some sort of low-flying spacecraft/hopper type vehicle. Hell, even UFO got that right! Driving is madness. It's even more madness to go out in flimsy, skeletal buggies in which the passengers have to wear Apollo-type spacesuits for the whole journey. Let's hope none of them get itchy noses in the days and days it'll take to drive to the other rocket.

It was at this point that I realised that much of the film's design aesthetic - not to mention its entire plot logic - is constrained by a deep fear of the future. The film is set far enough from now that an adult character (if I'm remembering rightly) has been born on Mars so unless we're in an alternate timeline, we must be in the 2050s or even 60s.

And yet at every step the film shies away from any sense of futurity.

Brad Pitt's spacesuit is pure Apollo/shuttle era - it looks nothing like the next-generation suits already on various space agency drawing boards. The rockets all look like Apollo-era tech, scaled up a little. The interiors are messy and functional, like the ISS - even when the spacecraft is supposedly a commercial operation run by Virgin Atlantic. Again, Kubrick got this right. The lunar buggies make no sense as a means for travelling on the Moon, but they are very obviously derived from the Apollo rovers. They look nothing like any of the concepts I've seen for next-generation Lunar or Martian rovers, most of which seem to (sensibly) allow for a pressurised cabin.

There's lot's more to say, but I think I've probably made my point - this is a terrible film from a standpoint of any sort of scientific or astronautical rigour.

But it is very nice to look at. 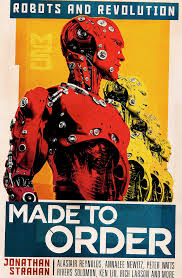 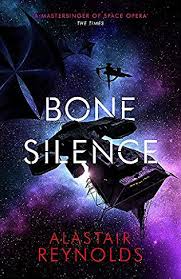