I feel I ought to say more, but it's late and I'm tired. I'll leave it with this: it took me years to find a way into his work, but once I did, I was never the same again. He changed me as a writer and, I think, a human being. I never met him properly (although we did once participate in a panel via video link) but I got to write about him a few times, and his passing leaves us immeasurably poorer. 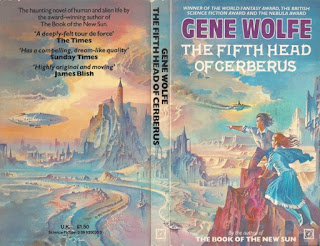 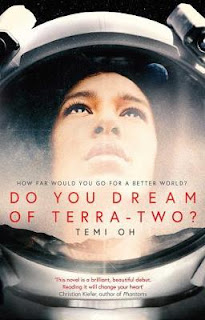 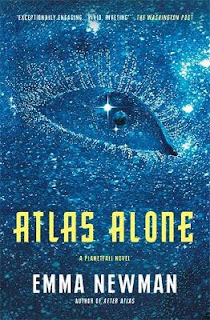 On the 18th of April I'll be in Waterstones Picadilly in London, talking SF with Temi Oh and Emma Newman, with Pat Cadigan (rather than Gavin Smith as originally announced) chairing our conversation.I thoroughly enjoyed Planetfall, Emma's first SF novel (and am now catching up with her other works, including the newly-released Atlas Alone) and I was greatly impressed with Temi's debut, which is a powerful meditation on the consequences of leaving home. Decades-long interstellar voyages feature in both their works, as well as mine, so we should have plenty to talk about.

"Emma Newman is the author of Planetfall, After Atlas, Before Mars and Atlas Alone. She is also a professional audiobook narrator, and co-writes and hosts a Huge nominated podcast called Tea & Jeopardy.

Temi Oh is the debut author of Do You Dream of Terra-Two?  Having studied Neuroscience, Temi has written on topics ranging from Philosophy of the Mind to Space Physiology. She has also ran a book-group called “Neuroscience-fiction,” leading discussions about science-fiction books which focus on the brain."
Posted by Al R at 03:52 3 comments: