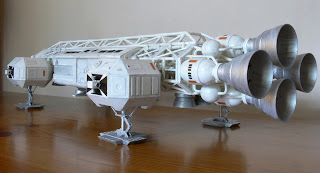 It may not have been particularly good science fiction but Space:1999 certainly had some nice spaceships.  Chief among these, surely, is the iconic Eagle, which featured in every episode and still looks good and plausible today. OK, it's maybe not the ideal shape for something that was regularly seen coming and going from planets with atmospheres, but that didn't particularly bother me when I was nine.

This 1/48th model is actually the fourth Eagle that I've owned. I had two of the Dinky die-cast models which were released around the time of the original series, and later I had the Airfix kit, although I've long since lost the latter. This kit is a half-scale replica of the 22 inch studio model and is accordingly much more detailed and accurate than either its Dinky or Airfix predecessors.

In Wales, only the first season of Space:1999 was ever aired. I've still never seen the second, other than clips, which I gather is no great loss, especially as it lacked the fantastic music and opening titles of the first. 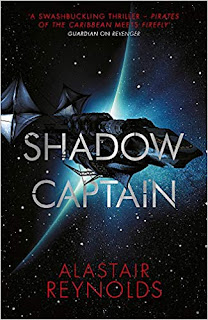