Last week I had the great pleasure of taking part in the excellent What the IF podcast, hosted by Philip Shane and Matt Stanley. The starting point for our discussion was my story "Different Seas", which appeared in MIT Press's Twelve Tomorrows anthology, and the immersive telepresence technology that the story features.

Here's a link to the What the IF homepage:

and here's a direct link to my episode:

Thanks, Philip and Matt, for making it such fun.

If you'd like to catch up on the original story, here's a link to the MIT Press page for the book: 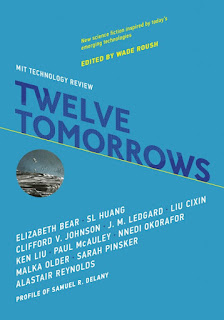 Far from being a "vassal state" of the EU, as Boris Johnson would have it, it increasingly feels to me as if the UK is a vassal state of Eton. Who was the architect of the referendum? A gammon-faced Etonian. Who were some of the strongest voices behind the leave campaign? Etonians. Who's just slimed his way to the top of the pole? An Etonian. I write in advance of Boris Johnson's coronation but there seems no chance at all that he will not be selected.

For one brief shining moment I thought that the principled, articulate Rory Stewart (privately educated again, but not actually an Etonian - you take what you can get) might have been in with a chance, but alas, it was not to be.

Stewart not withstanding, is there not a case for banning the privately educated from high office? They have enough opportunities in life as it is. Why must they run the country as well?
Posted by Al R at 03:16 11 comments:

Those of you who were reading my blog ten years ago (back when it was "Teahouse on the Tracks") may remember that I decided to commemorate the fortieth anniversary of Apollo 11 by building a Saturn V rocket.

I started with the 1/96th scale Revell kit, re-released in 2009! It's actually about as old as the Apollo program itself, and because it was tooled-up slightly ahead of the missions themselves, it's supposedly not quite accurate for Apollo 11.

Looks good enough to me, though:

Although I build the kit exactly as it came out of the box, I did have some reference photos to go by, taken during a visit to KSC in 2008: 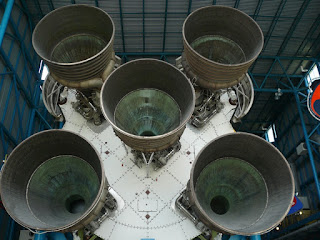 It was fun to compare and contrast with the kit as I assembled the stages, starting at the bottom and working up: 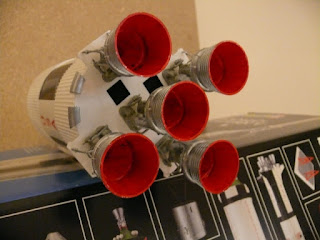 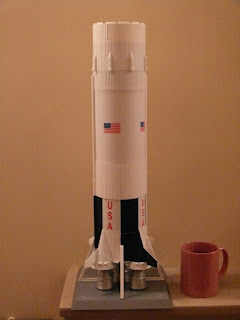 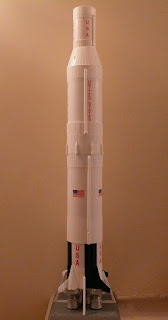 My intention had been to complete the model by July 20 2009, but that was a little optimistic. What I did achieve was all the outside bits of the Saturn V, but large areas were left unpainted. Still, it looked impressive enough:

I'd like to say that I cracked on and finished the Saturn V that summer, but I didn't. In fact, once I got it to the stage in the above picture, I was quite happy for it to sit on my desk and there matters rested for a good few years - in fact, quite a large chunk of the decade between then and now.

Two or three years ago I did complete the rocket, however - well nearly. I assembled and painted lunar module, and completed all the exterior painting of the Saturn stack, and did all the engines and fuel tanks. But there are still a few decals to be added to the LM. Perhaps I'll get around to them somewhere between now and the sixtieth anniversary...