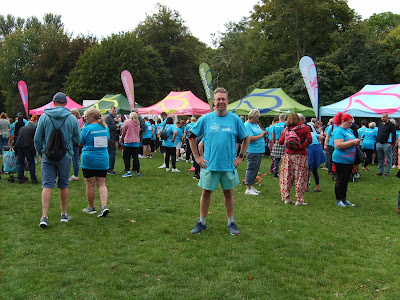 Yesterday's Memory Walk, in aid of the Alzheimer's Society, appears to have been a great success.  Hundreds of people turned out for the walk. Thankfully, the weather was kind to us. There was a chilly breeze from time to time, but the Sun was out more often than not, and the autumn colours looked splendid. The only snag was a malfunctioning camera! Other than a few shots, it decided to over-expose so most of our pics were useless.

The event was extremely friendly, well organised and marshalled. Thanks to all volunteers involved.

Just before the start I was admiring this marvellous bit of wood sculpture on the edge of Cooper's Field, just behind Cardiff Castle: 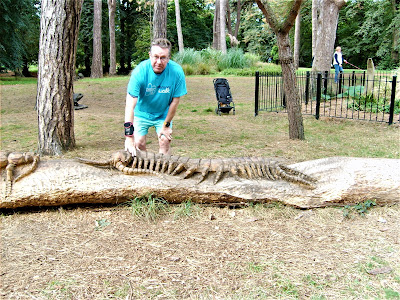 The 6km walk took us out of central Cardiff, along the Taff, up toward Pontcanna Fields. Along the way there was a chance to spy some wildlife, such as a kingfisher (tiny, but just visible perched on a branch). As a general rule in life, any day when you see a kingfisher is a good day, so this was a Good Day. 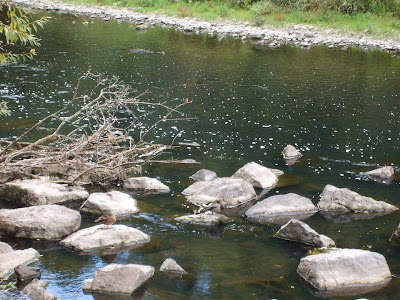 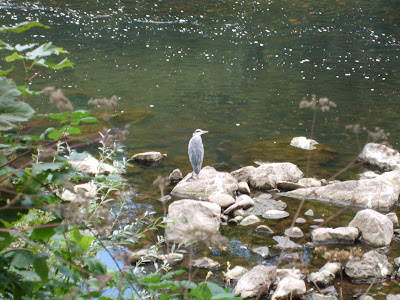 My wife and I would like to thank everyone who contributed to our fund. Although the amount we raised is just a drop in the ocean compared to the vast challenge of defeating dementia, every bit surely helps. Our Just Giving page will remain open for a few weeks, and we'll be making a matching donation of our own to the Alzheimer's Society.

I'll say more after the event, but as we approach the weekend I'd like to thank everyone who has so generously donated to the page for the dementia awareness walk my wife and I will be doing in Cardiff in a couple of days (see a post or two below). It's much appreciated

A note that you can watch my reading and Q&A in support of The Pixel Project by going to Youtube:

If you'd like to support the Pixel Project's campaign to end violence against women, you can visit their donation page:

I've got two things on offer. One is an ARC of Eversion (two of the three have gone already) kindly supplied by Orbit, for which - once the buyers are known - I'll supply a signed and personalised bookplate. I'm also offering a "critique bundle", by which you get to send me a piece of short fiction or an excerpt from a large work, and I'll offer feedback.