SciFi Now and other goings on

As noted in the comments to my 28th December post (thanks) the current issue of SciFi Now (150) has some stuff from me in it, if anyone's interested. I did a short editorial, a book review (Jon Courtenay Grimwood's The Fallen Blade, which I'm pleased to say I liked rather a lot), some commentary on six space-based films that I'm fond of, and a sidebar paragraph on the issue's classic SF book discussion, which I selected. I also chose the other reviewed book titles, although, somewhat disappointingly, there was no SF at all in that month's tranche. Statistical blip, or a sign of imminent End Times? Anyway, it was fun and if you've not had a look at SciFi Now before, it's always an enjoyable read. (SFX is great as well! How's that for fair and balanced reporting?)

I'll apologise now for general lack of activity round these parts in recent weeks (actually, make that months) and equal tardiness in the matter of email correspondence. I've never been great at it, but things tend to fall to pieces in spectacular fashion in the latter stages of novel writing and "Blue Remembered Earth" was no exception. (By the way, it's the done thing in publishing circles to put novel titles IN ALL CAPS but to me it always looks like shouting, so at least for the purposes of the blog I think we'll gently let that one drop).

I mentioned in my December post that there's a possibility of two novels from me this year, and I hope that's still the case, but I'm still waiting on the go-ahead for the non-obvious project; hopefully before long I can be a little more up front about it. I always get irritated when other writers blog about their secret projects, and look, I'm doing it myself. Tsk! Mainly though, I don't want to jinx things.

Not being able to crack on with that, and with a few other things stalled for various reasons, I've dived immediately back into rewrites on "Blue Remembered Earth". I'm still waiting on editorial feedback but now that the dust has settled I can see areas where I'd like to trim things back a bit. The submission draft was 212,000 words, which is a lot longer than any recent book of mine. Ideally I'd like to get the final manuscript down to about 180,000, which would put it in the same sort of length as Terminal World, House of Suns, The Prefect and so on. The last really long book of mine was Absolution Gap, and I've no great desire to go back to doing edits on 275,000 word novels. More than anything, because it's the first book of a trilogy, I don't want to set a precedent that ends up in the third novel being ridiculously long ... because, let's face it, has there ever been a trilogy where the books get shorter? Answers on a postcard to the Outer Hebrides.

That's about it for now. I have a couple of short story things I need to get done, and as winter turns to spring I'll be doing a bit more travelling (although not as much as last year, I hope). Those who are waiting on a response for me, thanks for your continued patience, and to those who are regular and frustrated readers of this blog, I aim to do just a tiny bit better in 2011. Thanks for sticking around.
Posted by Al R at 09:16 13 comments: 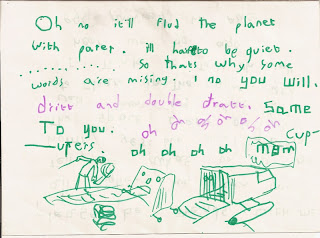 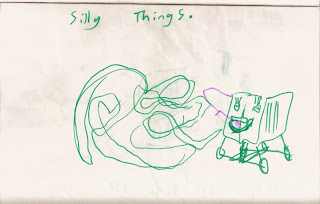 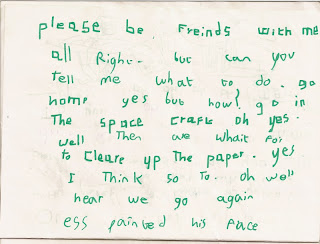 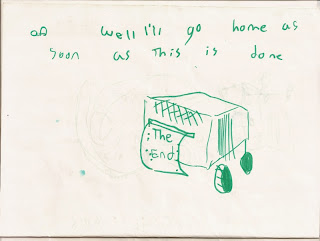 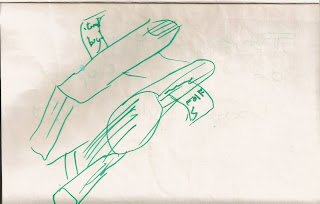 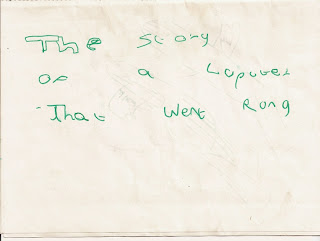 "The story of a coputer that went rong" - good to see I got the hang of accurate back cover copy at an early point in my career.
Posted by Al R at 08:47 6 comments: