In the previous post I mentioned that my new story "Night Passage" - just out in the Infinite Stars anthology - was one I was glad to see in print because it had taken about five years to finish. I thought that was approximately the case, but when I checked my hard drive I saw that I opened a file on that story at the end of November 2009, so the better part of eight years ago. That wasn't an attempt at the story itself, but as per my usual working method, a set of notes toward a possible idea. I rarely start work on a story cold, but instead prefer to brainstorm a series of rambling, sometimes contradictory thoughts, out of which I hope something coherent may emerge. This process can take anything from a morning to several days or weeks, but I never start a story in the first fire of inspiration.

Over the next five or six years I made a number of attempts to get to grips with the story, but each abandoned draft took the plot further from the initial concept, and with (I think) steadily dwindling focus. Prompted by the need to write a fresh story for this anthology, though, I discarded these efforts, opened a fresh file, and returned to the original notes from 2009. Other than the addition of a framing device which was not present in the notes, the finished story conforms very closely to those initial ideas.

Time and again in my writing, I've had an idea for a story, but in the writing itself, found myself moving further and further away from the core, until some realisation arrives and I discard these over-wrought, over-complicated, over-embroidered drafts and pare things back down to the initial impulse. I'm either incapable of learning from experience, or the process of drift and return is a necessary one.
Posted by Al R at 15:10 14 comments: 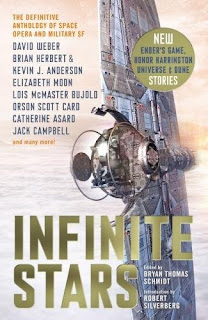