A minor update. Although things have been difficult the last few months, writing's continued in dribs and drabs. After delivering Inhibitor Phase, I switched over to a story that had I'd been working on during the summer, and that was duly completed. It's a long-ish novelette set in the Revelation Space universe, but otherwise unrelated to the just-finished novel. The story's got a title - "Plague Music" - and a home, but about the latter I'll say no more for the time being.

With that done, I returned to the first raft of editorial rewrites on Inhibitor Phase, and that's kept me busy for most of January. That'll be off my desk in a few days, at least for the time being, and then I plan to dive into another novel, for which I've been doing a lot of mental planning since the summer. This next one will be a standalone title, unrelated to anything I've done. After that - if the creek don't rise, etc - my intention is to write another "Dreyfus emergency", but that's getting rather ahead of myself.

A few days ago I watched the final episode of the first season of "Raised by Wolves", and I'm still not quite sure what to make of the thing as a whole. It's a science fiction series from HBO, with Ridley Scott as executive producer (and also director of the first two episodes). Although it's not (seemingly) connected to any of Scott's filmic productions, it certainly isn't afraid to play with the tropes. The planetary locations are as bleak as anything in Alien, Prometheus or Alien Covenant, and the androids that figure prominently in the narrative seem to run on the same milk-as-blood biotechnology as Ash or Bishop, such that they bleed white fluid when injured. Questions of sentience and morality around the androids also bring to mind Bladerunner, and that film is also evoked in the flashback scenes of a crowded, devastated Earth, in which colonists struggle to secure a place on an ark that will carry them to an offworld colony. Later in the series (spoiler ahead) there's a plotline involving an implanted alien organism in one of the characters, which proceeds to a suitably horrific birth.

Beyond that, though, it's its own thing, and very much unlike a great deal of TV science fiction. There are no familiar actors in it, but all the cast are credible in their (sometime weird) roles, with the androids in particular played very convincingly. Shot for the most part in subdued light and bleak hues, it has the virtue of rarely looking like anything but itself, and some of the worldbuilding choices are interesting and weird, even if it's not yet clear whether they're the result of deep, if unorthodox science-fictional thinking, or just a case of throwing a lot crazy shit into the mix and seeing what happens.

It's set somewhere around 2145, in the aftermath of a religious war on Earth - or rather a war between religious Sun-worshipping "Mithraists", and their atheist opponents. The Mithraists seems to be ones with access to very high technology. They're the ones who've built the androids and the interstellar ark. To complicate things, though, the other side is capable of capturing and reprogramming androids to suit their own rival colonisation effort. Both parties are engaged in an attempt gain control of a planet in the Kepler 22 system. The Mithraist ark is huge but slow, whereas the atheists can get a smaller vehicle there sooner. It's an interesting premise.

(That in itself doesn't make a lot of sense - Kepler 22 is 620 light years away, and there are numerous closer exoplanet candidates. But Kepler 22 was in the news because of its multi-planet system, which is presumably why the writers have latched onto it. Whatever.)

It gets weirder than the above would suggest, though. One of the androids is a superweapon - a "Necromancer". When she ("Mother" - another Scott touch) puts in a pair of special eyes, she transforms from a humanoid-looking form to a metallic figure that can fly (and levitate objects around her) and project some kind of terrifying sonic death ray just by screaming. She's impressively scary. But what it is with the eyes? Why does she need them to effect this transformation? It's the sort of bat-shit worldbuilding that I can't quite figure out for now. See also: the Mithraists have (it would appear) not only the capability to manufacture these fearful Necromancers, but also highly-advanced gravity-defying spacecraft. But their anti-personnel weaponry consists of nothing more than souped-up revolvers and machine guns. When one of their own androids turns against them, their bullets prove totally defenseless.

But I'm in, at least. The series ends with some intriguing hints about the next part of the story, and I look forward to seeing where it goes. If it all turns out to be completely crackers, as I suspect it may, at least it looks good.

Other than the above, my wife and I recently binged the entire first four seasons of Last Tango in Halifax (we'd seen the fifth) and once again I'm convinced that Sally Wainwright must be one of the best writers working in television right now; just a joy to see such brilliantly realised characters, and the travails she puts them through. She's also behind the excellent Happy Valley, one of the best police dramas of recent years.

In books, I spent the run up to Christmas doing something I never thought I'd do: reading Christie. But I felt like I'd seen enough of her adaptations on television and in the cinema that I wanted to see how she works on the page: how she draws character, works misdirection and so on. Twenty years ago you wouldn't have caught me dead reading Christie but we all change. For now, taking a break from detective fiction, I'm reading M John Harrison's fine The Sunken Land Begins to Rise Again, which is as good as you'd expect and fully deserving of the plaudits its gained.

In music, I've been starved of new stuff because of lockdown (I'm still a stickler for record shops and physical product, I'm afraid), but I've been greatly enjoying one of the few original purchases I nade in 2020: Hayley Williams' Petals for Armor. She sounds as if she should be Welsh, but she's actually the American singer out of Paramore. Her solo album is a ridiculously catchy, inventive piece of work - underpinned by some phenomenal bass work - and it's made me keen to dig into her catalogue with the main band.

That's it for now. Please keep keeping safe and see you all on the other side of this.

I lost my mother a couple of days ago. There is probably never a good time to have a loved one pass away from lung cancer (I lost my dad to cancer as well, eleven years ago) but having it happen during a pandemic added an extra layer of distress to the whole thing. Due to Covid restrictions, my sister and I couldn't be with our mum during the last weeks of her life, and when Mum tested positive for the virus, even her partner was only permitted a single final visit. Our experience, harrowing as it's been, is only one of many that will have played out very similarly over the last year, in hospitals, hospices and care homes up and down the country.

I need hardly say that my mother will be missed, but I wanted to add that she had been enormously supportive of my writing efforts, right from the start. My mum divorced in 1982. She had very little money to scrape together - just keeping a Volkswagen Beetle on the road was enough of a struggle - but still she found enough to pay for someone to type up a copy (with a carbon duplicate) of my first handwritten manuscript. That was before I learned to type for myself. Seeing my words in cold hard print was confirmation of two things: one that the book itself was probably no good, but secondly that there were bits of it that were encouraging enough to make me think that perhaps I could be a writer after all. And so I kept going, writing short stories, learning about the magazine market, and eventually starting another novel, which was a little better than the first.

I can't say that I wouldn't have become a writer without that jolt of encouragement, but who knows. It certainly played a part. So if at some point you have enjoyed something of mine, please lift a glass to my mother, who was there right at the start.

"These are great words" 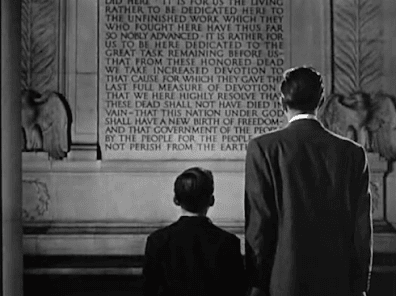