Over the weekend I picked up the deluxe reissue of The Teardrop Explodes' magnificent Kilimanjaro, their 1980 debut album. I already own a copy of this, but for various reasons I felt compelled to have it. For a start, it's got the better, not entirely terrible cover, and with two additional CDs worth of bonus material, and a nice booklet, it covers pretty much all you need to know about the early phase of the Teardrops' brief but glorious career. Really, this is one of the truly great rock albums, and I really ought to know as I've been listening to it for long enough. Not only is there not a weak track, there isn't a single track that isn't full-on genius. From start to finish it's just bug-eyed brilliance all the way through, and there's nothing remotely awkward or dated about the production. What an absolutely fantastic time it was, the cusp of the eighties, as punk shaded into post-punk. All doors were open and anything seemed possible, and vaultingly ambitious albums like this seemed to pop out at about one a month. 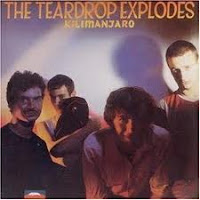 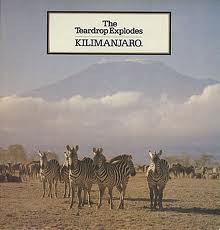 The only minor grumble, as far as I'm concerned, is the entirely justifiable omission of "Reward" from the reissue CD (although it's on one of the bonus sides included in the pack). "Reward" was not on the album when originally released, so it's "authentic" in that regard - even though it should therefore have the crappy cover, rather than the zebras one. But since I've only ever had a copy of the later 1981 release, having "Second Head" followed by "Poppies", rather than going straight into "Reward" ... it's just wrong, man. The seamless transition from "Second Head" to "Reward" is one of the most exciting moments in pop, and it's not here.