Read it in books

Yesterday I recieved a big brown box containing the first copies of BLUE REMEMBERED EARTH. It's always a bit of a kick to get the finished product. It's not why I write (and I definitely don't do it to see my name on bookshelves - that particular thrill lasts about five minutes, in my experience) but it's one of the high points, and it would be churlish not to enjoy it. Especially, in this case, when the book itself is so lovely to behold. I've had some gorgeous covers in the past, and it's been both a thrill and an honour to have my work illustrated by the likes of Chris Moore. This cover, though, is by Dominic Harman - old friend and a much admired artist. We do go back some way - Dominic illustrated several of my stories for Interzone, back in the 90s, including a particularly lavish and evocative set of pictures for "Galactic North". I don't think either of us would have quite believed that Dominic would be illustrating my tenth novel, here in what is shortly to become 2012. But he's done a grand job, and I think the cover very effectively sets out the themes that will continue into the second and third books. 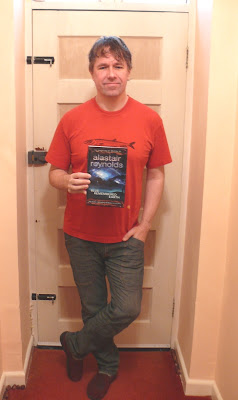 I've posted it before, but here's the cover in all its maximum sumptuousness. 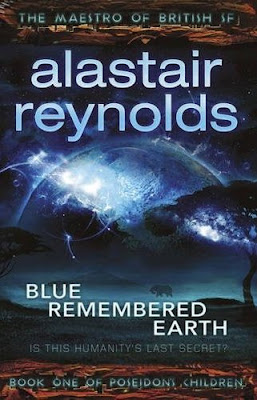