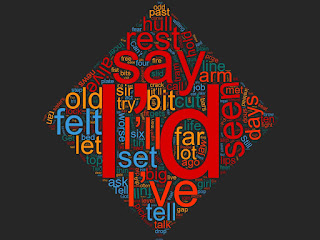 We're still a month out from publication of REVENGER, but early word is starting to creep in and I'm anxiously waiting to see what the world makes of it.

Goodreads has a slew of reader responses - hop over to:

and you can read these observations.

Meanwhile, Starburst magazine carried the first print review that I'm aware of, which you can read in its entirety here:

In the review, they say: "On the one hand, Revenger is definitely worth a go for space opera fans and followers of Reynolds. Yet even if your tastes are a bit more down to earth, the book is still a must-read as it is an unexpectedly personal and emotionally-driven tale of determination and retribution - with some great twists along the way and a gutsy heroine who will appeal to fans of young adult literature."

Which raises the fair point - is this a Young Adult novel or not? I suppose my answer would be kind of, sort of, not sure really, but what it is - I hope - is a straightforward SF novel that also happens to be accessible, and perhaps accessible to somewhat younger readers, in the same way that I was able to approach books like NOVA and DUNE when I was in my mid-teens. The central protagonists of REVENGER are both on the cusp of adulthood, but they're certainly not children, and the question of their legal identity as independent adults is one that rises in the early chapters of the book. I also wanted to write a book that was fun, colourful, fast-paced, with lots of danger and excitement and larger-than-life characters - a sort of TREASURE ISLAND in space.

It's certainly a shorter book than some of my other novels, coming in at 140,000 words, but that's still lengthy by some standards and in my mind it only reflects a general desire to write more economical books, one that I've been trying to enforce on myself for some while (and often failing, as I'm more than willing to admit). The sheer fun I had in doing the Doctor Who novel (around 110,000) was certainly part of that process, but I also appreciated the energy and pace of Joe Abercrombie's HALF A KING, and I was strongly motivated to try something similar, but in an SF vein. And yes, Joe's book is supposedly YA but I read it with perfect enjoyment as an adult and I never once felt I was being talked-down to. None of this precludes me writing something huge and sprawling again in the future, indeed I'd be surprised if I didn't, but for now I'd like to hold myself to the discipline of a shorter word count.

Meanwhile, for your edification, I offer the Word Cloud above, courtesy of: