I wrote Pushing Ice in 2005, setting the main action in 2057 - a little over fifty years from the time of writing. When I started developing the book, mid way through 2004, the story took place a good century further into the future. But I quickly got bogged down in stuff that, while interesting, was a sideline to the main event - this rapidly moving tale of space exploration and first contact. By moving the action much closer to the present, I was free to assume that a lot of stuff had not changed greatly in the intervening years. Spacesuits were still more or less as we know them. Medicine had progressed, but it was not magically advanced compared to our own time. Computers were squishier, but there was no AI or matter-transforming nanotech. People still listened to rock music, played poker and watched global news channels. I was happy with these choices, as they allowed me to present the protagonists as being people much like ourselves. If I could have set it even earlier, I would have.

I did get (and continue to receive) criticism, though, for presuming that there would be huge nuclear powered mining ships scooting around the solar system a mere 50 years from now. Here's a recent example:

"I found Reynolds' timeline a bit absurd, though. I'll be impressed if we've managed a manned mission to Mars by 2057 - for humans to be mining comets on an industrial scale by then would require an incredible revolution in space travel."

Now, I have no problem with that criticism - it's a perfectly valid point of debate. And yes, from the standpoint of 2011, I'm markedly less sanguine about our chances of establishing an extensive human presence off-Earth by the middle of the century. Blue Remembered Earth is purposefully vague about the next couple of decades, but I do state that there will have been one hundred people on Mars by the year 2059 (and despite the similarity of those two dates, it's not remotely the same future). 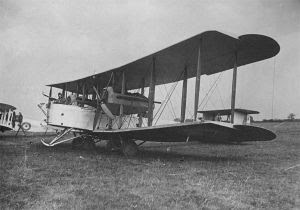 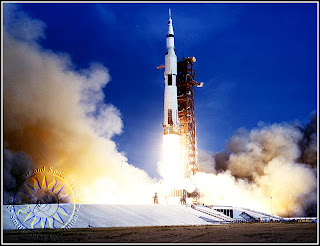 Which, when you think about it, is pretty astonishing. Even more so when you appreciate that many of the key technologies of the Apollo program were essentially mature by the start of the 1960s. The Saturn F1 main engines were part of a program that originated in 1955, a full 14 years before the Moon landings - and a mere 36 after Alcock and Brown made the first non-stop crossing of the Atlantic in a Vickers Vimy.