It's over two weeks since I posted anything here, so what does a typical fortnight in the life of the working SF writer look like?

Monday: blog post about Winston Link. Fiddle around with novel rewrites. Buy rowing machine from Argos. Start watching "The Three Doctors" on DVD while on treadmill. Later, stare at large cardboard box containing rowing machine in the hope that it will assemble itself.

Tuesday. More fiddling around. Guitar lesson with Richard in the afternoon - only a half hour usually, but it's surprising the amount of concentration it takes out of me. Feel like I'm making progress, though. Recuperate with cup of tea and cakes. More writing, then more Doctor Who. Vague recollection of having watched "The Three Doctors" in the eighties.

Wednesday: more writing. Amazon package arrives with a selection of brilliant Cherry Red CD reissues: Furniture, The Passions, Lotus Eaters - all great eighties stuff I've liked but never owned. Also: an Aztec Camera boxset, which is excellent value. After work, assemble rowing machine, which in itself feels like a major exercise session. Amazingly, it seems to work. Early night because of travel next day.

Thursday: up with the lark to catch train to London. In Paddington by 11.30, followed by quick sprint across town to favoured hotel.  Check in, then meet another writer friend for enjoyable lunch. Talk about films, world war two, editors, deadlines and so on. Then catch tube to Canary Wharf where we are both present for a book launch at Barclays Bank. Get tour of Barclays Capital trading floor - very impressive, in a "I don't understand a sodding thing that's going on here, but it all looks very shiny" way. Proceed back to Barclays HQ for book event, which goes well. Later, adjourn with a number of other writers and Barclays people to restaurant.

Friday: no rush to leave London, so mope around in enjoyable aimlessness for a few hours, visiting usual haunts. Decide to keep away from guitar and music shops. Train back to Cardiff, then home for tea. No writing or exercise as generally worn out, but in a good way.

Saturday and sunday: weekend off. Don't go anywhere. My wife and I repair felting on shed roof between downpours. Watch "Franklin" on DVD, over which we have divided opinions. Begin watching House season six. We love House but have to ration our watching, or we'd end up going through the boxset in a few days.

Monday: day of preparation and low-level disruption. Into Cardiff for business meeting, then back home. Doing talk on wednesday, so spend evening reviewing Powerpoint slides and try and work out what the thrust of my argument will be. Different audience to the usual, so need to fine-tune. Don't get much actual writing done, but then never do before any travel. General rule of thumb: in order to write for an hour, I need to feel like I've got three hours of potential writing time. Same thing applies to days.

Tuesday: up to London again. My wife comes with me this time as she has to go to the consulate for a passport renewal. Work on laptop on train, deciding to eliminate all text from my Powerpoint slides, keeping the presentation purely visual. No bullet-points. Check in, grab a sandwich and go separate ways. I travel to North London to meet another writer friend, we chat about "the biz" and then travel together to Covent Garden for Orion Authors party. Posh bash, this, with "proper" writers in attendance in addition to snivelling genre types such as myself. In previous years, famous celebs such as Michael Palin and Richard Hammond have been in attendance, but I've never seen them. Last year, spotted both Fat Hairy Bikers. This year, only one of them. Note that general level of drunkenness seems to be moderately down on previous bash. Adjourn to pub for one more pint, then back to hotel where neither of us gets a good night's sleep due to noisy neighbours and paper-thin walls.

Wednesday: early start again, as we need to be back in South Wales by noon. Work on train again, enjoying the benefit of the quiet coach. Collected from station by my mother, who drives us to her house where we left the car overnight. Just time for sandwiches and a cuppa, then off out again. Doing talk at Lifelong Learning Centre in Church Village, between Llantrisant and Pontypridd, to U3A group. Talk seems to go well although I go on a bit longer than I intended. Later, meet librarians downstairs - all very friendly and enjoyable. Stop at furniture shop on way back to mother's to order bookcase. Chinese takeaway with mum, then home again. Tired but generally satisfied with day.

Thursday: attempt to get back into writing groove but don't succeed. Travel is always disruptive. In the afternoon, jump at chance to accompany wife to Tescos and then our local Focus DIY center. We select some paint for some interior redecorating.

Friday: more of the same. By mid-afternoon, decide I'm not going to get any productive writing done. Tidy up, then skive off. Watch more House.
Posted by Al R at 05:55 13 comments:

I was surprised to see a reference to O. Winston Link in the Blue Nile book. It turns out that the inspiration for the first album's cover photograph was Link's iconic black and white night photography of fifties America. I'm a big fan of Link's work and own two books of his photography. He was an astonishing craftsman and went to improbable lengths to achieve his amazing floodlit images. 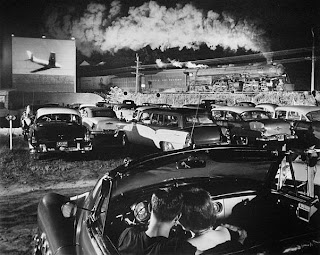 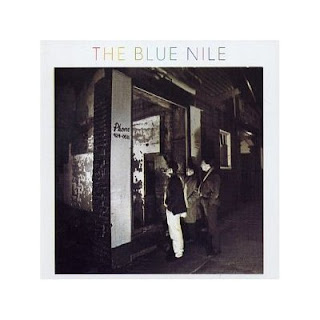 It's kind of obvious now, given the "period Americana" themes in so many of the lyrics, but the connection had never occurred to me.

(Edit: I see from the Wiki article that Link has a cameo in the film "October Sky", based on Homer Hickam's book Rocket Boys, neatly bringing us back to space, rocketry, and all things sci-fi. I highly recommend the film, incidentally).
Posted by Al R at 03:52 6 comments: 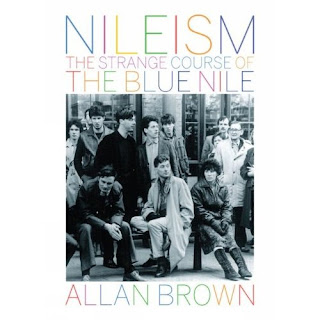 Yesterday, in a fit of uncharacteristic productivity, I finished and submitted two short stories. Having never done that before, I felt that the only decent thing was to celebrate with a glass of Penderyn.

I remember once being amazed by a statement to the effect that Cliff Richard had had hits in five decades (it's probably more like six or seven now). As true as that undoubtedly was, I can use the same reasoning to claim that I've been writing and publishing short fiction for four decades. My first sale was in 1989; I've continued to write and sell through the nineties, noughties and into the current decade.

Strangely though, it doesn't get any easier. Whenever I start a piece of short fiction, I almost never have any idea as to how problematic the writing is going to be, and I'm still extraordinarily bad at estimating likely length of things. I've started 5000 word quickies that have developed into 30000 word monsters, taking weeks rather the days. I've also embarked on what I perceive to be a long, complex piece only to eventually realise that I'm dealing with an idea that's best suited to something much punchier. As m' learned colleague Paul McAuley notes in his blog, stories that ride on their own melting are gifts. In my career, I've only written a handful of stories that were effortless in that sense - "A Spy in Europa" basically wrote itself between one friday evening and the following sunday, and my story "Weather", from the Galactic North collection, was similarly friction-free. There may be one or two others, but the majority had to be dragged kicking and screaming into life. Some pieces are written to a tight deadline, and you just have to finish the little sods, no matter how difficult the progress seems, or how quickly the initial rush of enthusiasm flickers away. Anything longer than about 5000 words, though, and I can pretty much guarantee that there'll be a point in the writing where the momentum stalls, where my confidence in the premise falters, where I have to fight the fatal temptation to work on something else instead. I'm fairly good at not doing that - if there's anything I've learned in those four decades, it's that I generally do finish what I started, once I've committed some critical mass to paper - but it can still be something of a battle to get to the end. And then, of course, it's not the end. It's just the start of a process of revision, tightening, perhaps even submitting the story for further critique before it must take its chances.

I don't keep a notebook, but I do have a folder on my PC where I not only write all my short fiction, but create little dummy files with a few notes in - story titles, attempts at formulating ideas, dialogue fragments, etc. Over the years, I've been amazed at how many of those stubs have eventually developed into finished - and published - pieces of fiction.

Anyway, the two pieces I finished yesterday - one very short, one slightly longer - have been submitted. And I'm as nervous about that part of the process as I ever was.
Posted by Al R at 02:56 8 comments: