John Meaney and I on the summit of Pen y Fan, the highest point in Southern Britain, June 2017. 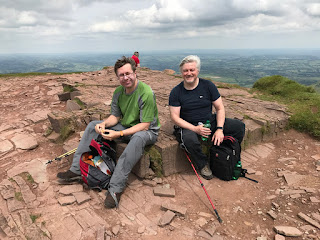 Over the weekend I was delighted to hear that Revenger had won the Locus award for best YA novel. I'm extremely grateful to all who voted for it. This is my second Locus award (after last year's one for Slow Bullets) and it means an awful lot.

Because I had shortlisted entrants in a number of categories, it was suggested that I provide some words to be read out on the night. I've edited them slightly to reflect the eventual outcome, but this should be close to what transpired:


Thank you for this award - it means a huge amount to me. Twenty-odd years ago, when I'd barely
had anything published outside of Interzone, Locus was one of the first places to show any interest
in my work beyond the UK, and that validation had an enormous effect on my confidence as a writer,
encouraging me to keep going, and keep trying. I'm still going, and I'm still trying! Thank you all who
voted for Revenger and may I wish you all many more hours of good reading in the
years ahead, and enjoy the rest of the evening. I wish I could be there with you!
Best wishes from Deepest Wales - Al.

Earlier in the year I had a long and enjoyable conversation with Liza from Locus about the exact category of Revenger, be it YA or otherwise. Liza felt it was YA, whereas (and I'm well aware this will sound like tedious hair-splitting) I'm more inclined to consider it an otherwise standard novel by me that just happened to be a little more YA-approachable, in that I hoped it might be a book that I could have read in my early/mid teens, exactly at the point when I was getting into Niven, Delany, James White, A Bertram Chandler and so on. But at the same time, at least when I was writing it, the book felt as challenging from a compositional point of view as any of my other novels. Where I did want it to mark a modest departure was in terms of concision and pace, in that I wanted to get into the thick of the action quickly and maintain a hectic momentum from that point onward. I also hoped to write a book that was somewhat shorter than its predecessors, drawing on the energy I felt I'd managed to tap into during the writing of the Doctor Who novel. Even so, it still managed to end up being 140,000 words long, which would have been considered a thick novel forty years ago. That wasn't just a one-off experiment for the purposes of Revenger, though, in that I also carried the same process through to the new Prefect novel, which - by the standards of the other book in the Revelation Space universe - is a relatively modest 160,000 words.

Anyway, I mention all this not to quibble with Locus for their award, which is deeply appreciated, but to indicate that I'm not inclined to be too dogmatic about novel categories. If you enjoyed Revenger, I hope that you enjoyed it on its own terms, and if you haven't been persuaded to pick it up because the YA association is off-putting, you might want to give it a go nonetheless.
Posted by Al R at 03:26 11 comments: 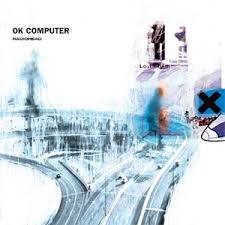