The excellent London band Hat's off Gentleman It's Adequate (fronted by Malcolm Galloway) have released a new album entitled Nostalgia for Infinity: 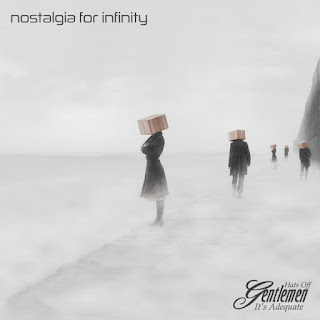 "The theme of the album is the frailty of civilisation, from a variety of perspectives, including 7 tracks inspired by the science fiction novels of author and former astrophysicist Alastair Reynolds, and others relating to nanotechnology, the Second World War, and environmental destruction.

The album is broadly within the genre of progressive rock, but includes elements of classical music, minimalism, electronic music, funk, and metal."

The band are playing a number of dates throughout 2020. To my chagrin I haven't yet managed to see them, but I hope to make amends before long. I'd like to thank Malcolm and the rest of the musicians involved for their kindness and enthusiasm in taking inspiration from my stories, and wish them all the best with this new release, and future activities. I shall be listening to their tracks while I continue work on my next novel, so hopefully a little of their music will bleed through into the words, completing the circle.

In other news I continue to delight in vinyl, and am slowly adding to my existing collection. Most of my recent purchases are records that I've previously owned as either tapes or compact discs, but which have come to mean enough to me that I've felt the urge to have them in the older format as well. Since the latest three are all very different albums, I thought they might merit a brief mention. 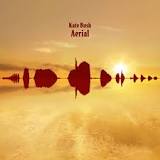 I've had this album on CD since its original release in 2005. I have a small but well-loved selection of Kate Bush vinyl so when I saw this sumptuous double album I decided it would make a good addition. There's an additional factor, though: parts of it have been re-recorded. Without going into the ins-and-outs, some of the vocal contributions on the original version have been replaced by a different performer, in light of developments that KB could not have been expected to anticipate fifteen years ago. It's a welcome change, one that I imagine will have been controversial in some quarters, and probably not an easy step for KB, but it rescues an album that had become largely unlistenable in parts. Replaying this new release, I was surprised by how the familiar the record was to me (I've misplaced my CD copy so hadn't listened to it in some time) and also how well it holds up. We're lucky to share the planet with Kate Bush.

Going back a decade and a bit, my next acquisition was Suede's 1994 album Dog Man Star: 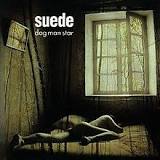 I liked Suede's first album so I was quick off the mark with this second release, and very glad to be able to have it as a vinyl double album. By 1994, at the beginning of Britpop, we were starting to enter the era of the bloated CD, those albums with too many tracks and too-long a running a time. By the end of the decade, the average album about had about 15 tracks, not to mention the obligatory hidden bonus at the end. The result was records that were difficult to listen to in one sitting, difficult to assimilate as a whole.

Dog Man Star is nearly an hour long but it never feels padded or self-indulgent. I well remember feeling that it was something special the first time I heard it: swooning, grandiose, just possibly a little pretentious, but magnificently, unapologetically so, and it's never dipped in my estimation. Suede were soon cast as yesterday's men in the increasingly tedious Britpop narrative, eclipsed by Blur and Oasis, but for my money they were better than most of their contemporaries and continued to make interesting, vital music long after the spotlight have moved on.

Finally, back not just another decade, but another two, to 1976: 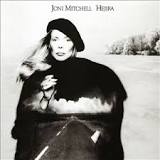 A few years ago I acquired a box set of Joni Mitchell albums, including everything up to 1979's Mingus. Until then I'd liked Mitchell well enough, but never been drawn in to the point of owning her records. Then I heard something on the radio - it was either "Coyote" or "Free Man in Paris" and something demanded that I investigate properly. Listening to these records, spanning the first ten or eleven years of her career, was a blinding revelation. Each was wonderful in its own way. But nothing grabbed hold of my brain to the almost pathological degree that Hejira did. For several months I played almost nothing except this album, entranced by its moods and hypnotic motifs. It's an astonishing piece of work, a record that sounds either timeless or weirdly contemporary depending on the time of day. For me the fulcrum of the whole thing isn't Hejira, the title track, but the long opener to the second side: "Song for Sharon", a mesmeric marvel of mood and imagery. I knew then that I'd have to have this record on vinyl one day, and now I'm very happy to own it. With contributions from both Larry Carlton and Jaco Pastorious, it's the node in the jazz-rock universe between Steely Dan and Weather Report.
Posted by Al R at 06:50