Here are my eligible works 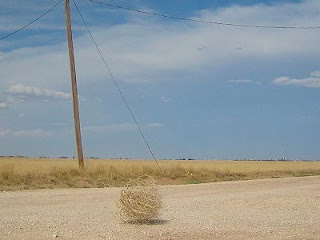 So it's that time of year again - the SF award season is upon us, and writers are scrambling to get their eligible works before the right pairs of eyes, in the hopes of being nominated. Actually, it would be more accurate to say that the SF season has returned after a short lull, since it seems to be an almost year-round conversation piece these days. First we have the opening of the nomination process for each award (of which there are many), then the announcements of the long and short lists, then the run up to the big result itself, then the aftermath - at which point, and with so many different awards now active, we're almost back to square one. Some awards are decided by juries, other by voters, but it doesn't really matter, and there's not a huge difference in the perceived reliability of one over the other. Juries get it tragically wrong sometimes, but so do voters.

I've been broadly aware of the existence of SF awards for most of my life. but for much of that time they were distant, theoretical things. I remember seeing a paperback that had won both the Hugo and the Nebula awards - surely a barometer of excellence, for those were the two only two such awards I had ever heard of. I had no idea how they were decided, and indeed no interest beyond the fact that the book was presumably well regarded by those in the know. (I think it may have been "A Mote in God's Eye").

Later, as I began to take a more professional interest in SF, I was able to track the awards through the pages of magazines such as Interzone. But, the lead times being what they were, I would not usually be aware of the existence of a shortlist until long after the announcement of the winning title. Even then, the awards were of no direct interest to me, other than a way of determining what was currently popular - who was in, who was out, and so on. Even then, there were not that many awards.

Things are different now, obviously. Awards do matter, and there are a lot more of them. They may not make a huge difference in sales or visibility, but they are a form of recognition, an indicator that the community recognises the value of your work. One or two awards have some money attached to them, but most don't. Within genre circles, even the monied awards can't be said to involve life-changing amounts, as welcome as they might be.

I don't know who was the first author to declare the particular eligibility of their works in a given year.  When I first encountered this trend, I remember being a bit puzzled by it. It seemed to be an attempt to import the promotional habits of the film or television industry into the small, unglamorous, cottage-like world of SF publishing. Trade magazines in the visual media carry adverts for titles that are up for serious, career-changing awards such as the Oscar or the Emmy. Members of the relevant bodies, who have a vote, are bombarded with lavish DVDs containing clips and episodes of the eligible works - "for your consideration". A friend of mine works in television and he can't move for these things come award season.

As naff as these arm-twisting gambits are in the visual media, they seem - to me  - to be even less defensible within the SF genre. Suppose you have an interest in voting for award X. You are, at this point, presumably well invested in the field - someone who reads widely, has an opinion, knows what is happening. If you're not that bothered, why are you voting, anyway? Do you really need to be reminded of what else might be eligible? Haven't you already, in your normal year-round enthusiastic SF reading, picked up on the stories and books you found most impressive? Would you really need a late prod to read a story you hadn't already looked at? Why would you need to be reminded that a story you already read is eligible? If you need to be reminded, it presumably wasn't that memorable a story to begin with.

The thing is, it can seem as if everyone is at it now. (Fortunately, that's not yet the case). And, if I'm going to be honest, you can't blame any one writer for getting in on the game. It's a sort of arms race. If everyone else is promoting their eligible stories, jogging the memories of the voters and juries, you'd be doing yourself a disservice by not pushing your own works just as strongly - wouldn't you? But it seems to me that the field has now reached the state of a crowded room where everyone is having to talk just a bit louder than the person next to them, for fear of being drowned out.